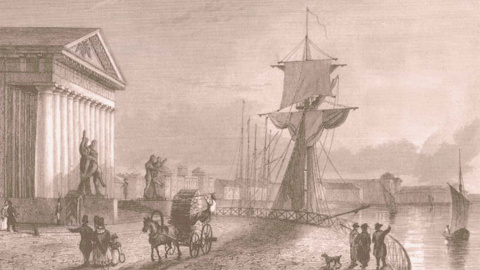 Mining University is the first higher technical university in Russia. Empress Catherine the Great signed the decree on its establishment in 1773, and the architectural complex was designed by Andrey Voronikhin. It was specially built for students of the Mining School – as the university was called then – and decorated with 12-column porticoes. The new, solemn and majestic building was constructed during 1806–1811. Initially, the School was located in two buildings on the corner of the 22nd Line of Vasiliyevsky (Basil) Island and the Neva river embankment. They had been purchased from Count Pyotr Sheremetev.

The first students of the Mining School were enrolled on 28 June 1774: nineteen students of Moscow University, with some knowledge of chemistry, arithmetic, geometry, German, French and Latin, and ten young adolescents — four from the Collegium of Mining and six for studying at their own expense. The first group of mining engineers graduated from the School in 1776. By the late 18th century, the Mining School already had 108 students. 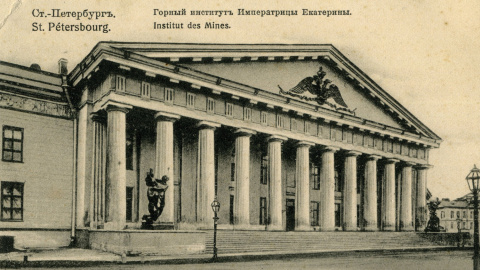 In the 19th century, St. Petersburg Mining Institute (since 1866, Mining Cadet Corps 1804–1833, Institute of the Corps of Mining Engineers 1834–1866) students mostly belonged to privileged social groups with a small number of commoners and countrymen. Dissertations for the title of professor and associate professor had to be publicly defended at the Academic Council. Future mining and metallurgical engineers had to complete their theses.

During the reign of Alexander III, the concept of the mineral and raw materials complex as the cornerstone of the economic prosperity of Russia was introduced. The only development laboratory to serve the extractive industry was, of course, the Mining Institute. 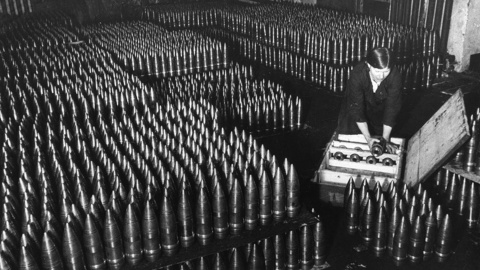 During the Great Patriotic War, the Mining Institute teaching staff and students were forced to evacuate the most valuable items, equipment, museum collections. They constructed fortifications around Leningrad, organised into guerrilla units operating behind enemy lines, protected the city from the Nazis.

Professor Alexander Kuznetsov's invention is worth particular mention. In summer 1941, he, together with the group of co-inventors, proposed to the military officials a new explosive substance – Sinal (Si N Al) – based on an aluminium-silicon blend. Cambrian clay was used as an active ingredient since it could be easily found in the city and its suburbs. Kuznetsov's invention helped supply the Leningrad Front, already suffering from ammunition shortage, with mines, shells and grenades.

The simplicity of the technology allowed to start the mass production of explosives at several universities and factories in the city by August. There were two production facilities at the Mining Institute. Altogether, they produced more than two tonnes of Sinal per day. Since every tenth grenade produced for the Leningrad Front was made at the Mining Institute, it was targeted during air or artillery attacks. By the mid-war period, all of the buildings had been, to some extent, damaged. One of the production facilities was destroyed on 24 February 1942 by a direct hit of a landmine. By the end of the war, over 3,000 sq m of the university area had been brought to destruction, whilst the rest required extensive repairs. 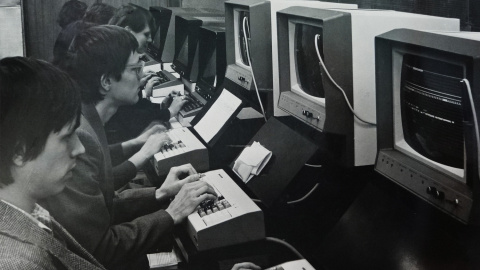 With the end of the war, the Leningrad Mining Institute gradually increased the intake of daytime students. First engineering programmes for off-campus and evening students began in the 1960s. The number of engineers who graduated to work at flagship extractive and processing companies in Russia and globally exceeded 40,000 people in the early 21st century.

The Institute earned the highest awards for outstanding service in training geological, mining and metallurgical engineers and developing science on the whole — the Order of Lenin in 1944, the Order of the Red Banner of Labour in 1948, the Order of the October Revolution in 1973. 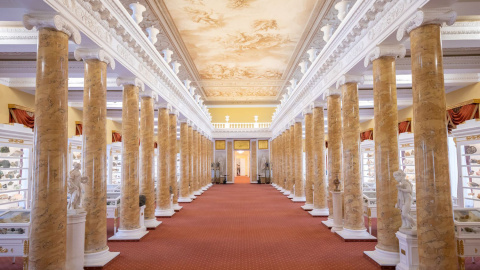 The Mining Museum is housed within Saint Petersburg Mining University, at its historic premises. It is a structural subdivision of the university, originally known as the Mineral Cabinet of Russian and Foreign Mineral and Fossil Bodies.

During the reign of Catherine II, all mining enterprises and deposits' owners in Russia were obliged to send the most outstanding samples to the museum. Nowadays, there are over 240,000 items – often unique ones – in the museum's collection, with the rarest minerals, gemstones, metals, meteorite samples, models and prototypes of mining machinery and equipment, palaeontological specimens and historical university records amongst them.

After the renovation of 2015, the historical interiors of the museum's halls built by the famous Russian architect Andrey Voronikhin were changed to even more solemn and spectacular. The exhibition area was significantly expanded. 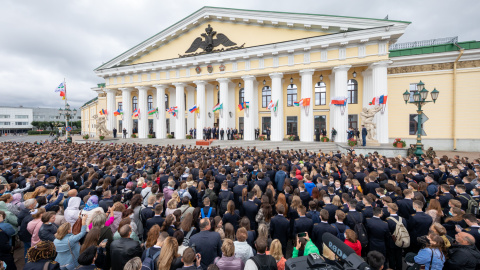 Some 1,800 students enrol at the Mining Unversity annually to continue the great work started by their predecessors, with one in 11–13 applicants admitted. 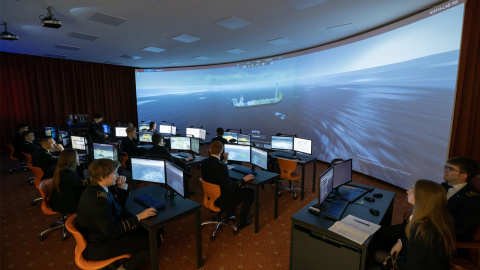 At present, Mining University is a blend of rich traditions and state-of-art technologies, with its laboratory facilities and equipment being amongst Russia's best. They are free to use for both university researchers and students of field-specific departments. Training bases in Leningrad and Novgorod Oblasts are as well at their disposal. 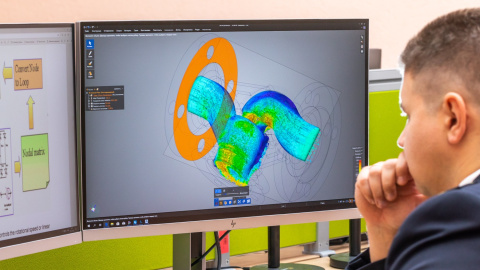 Mining University scientists have earned dozens of governmental prizes and awards, alongside hundreds of medals won at prestigious international exhibitions. Thousands of patents have been obtained — thanks to practice-oriented scientific activities. An example would be discovering several fields with over 30 million tonnes of oil reserves. This followed the data analysis of magnetotelluric sounding and seismic surveying.

University researchers developed an economically efficient and safe technology for the underground mining and complex processing of high-grade iron ores. It was implemented to extract ores lying under unconsolidated aquifers at the deposits of the Kursk Magnetic Anomaly. Many oil & gas and agrochemical companies had their innovation strategies crafted by the Mining University staff — PhosAgro, Omsk-based Titan Group, others. 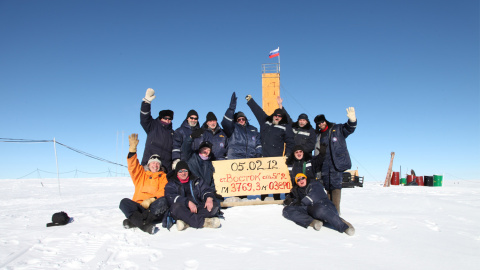 One university achievement particularly stands out: penetration of Antarctica's largest subglacial Lake Vostok, which may have been isolated for millions of years. The Mining University scientists had to drill a 3,769-metre-deep borehole to get to its surface.

Lake water samples and ice cores are being analysed as they may contain ice from up to several hundred thousand years old. They can give a clue as to what phenomena occurred in the Earth's atmosphere in the past and help envision the future climate change.

It is worth noting that Mining University equipped the Vostok Station in Antarctica with a unique drilling complex. Whilst the equipment was in use, university scientists monitored its technical condition and looked into the opportunities for innovation. 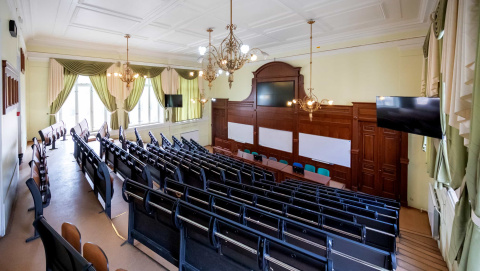 Mining University provides a comfortable environment for doing research work and studying, also for people with disabilities. Auditoriums vary in size, thus being able to accommodate both small and large groups of students.

There is a swimming pool in Training Centre #2, located at 82 Sredny Prospekt (Avenue), Vasiliyevsky (Basil) Island. It hosts regular classes and serves as a competition venue. 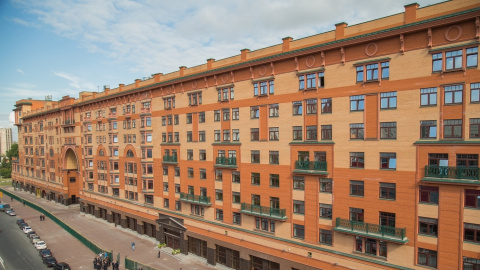 Mining University had commissioned several new facilities by the start of the academic year 2015/16. A brand-new educational building was one of them. The building with a total area of almost 50,000 sq m is designed for use by first- and second-year students, numbering over 3,500 people in total. Its premises include 140 classrooms, numerous computer and industry-specific laboratories, a sports complex, a canteen and administrative offices. Building from scratch such a large-scale academic and research facility is, without doubt, an unprecedented achievement — not just for St. Petersburg but for the whole of Russia. 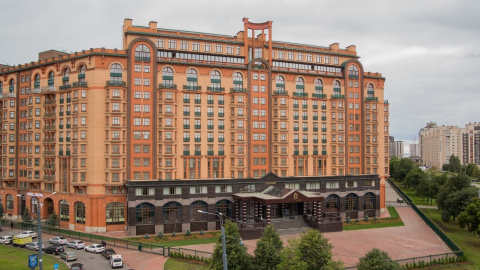 Another facility is the Gornyi Multifunctional Complex intended for conducting international and educational conferences and seminars, teaching Russian to foreign students and foreign languages to university students, professional development training. It also includes rooms for students, professors, guests of Mining University, participants of events. The total area of the Complex is 23,000 sq m, including lecture halls, a canteen, a dormitory with a capacity of up to 420 people and a Congress Hall. 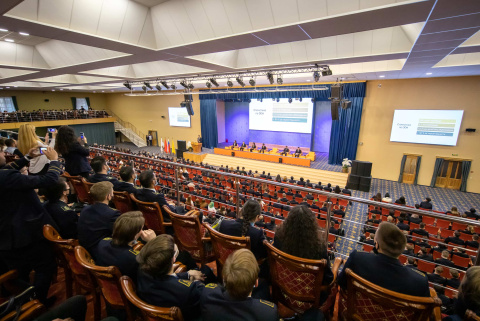 Amongst their participants were world-renowned scientists and public figures, top managers of major industrial and mineral resource enterprises, Russian and foreign politicians. 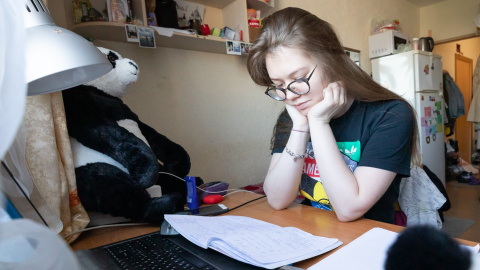 Mining University devotes much attention to the living conditions of international students, working on expanding accommodation capacity. For example, the university built in 2013 a new dormitory capable of accommodating 650+ students (46/2 Nalichnaya Street). In 2015, a dormitory offering 112 beds (19 Shevchenko Street, bldg. 2) replaced the building that had previously served as a university laboratory but fallen into disrepair since.

In 2019, the university completed the reconstruction of facilities with a total area of 15,000 sq m. The new dormitory on 10/13 Nalichnaya Street occupies 3,500 sq m of that area. It offers 90 apartments to 185 undergraduate and postgraduate students and – likewise other dormitories – individual sanitary units. As for amenities, dormitory residents have access to 3 shared kitchens, a caféteria, self-service laundry, a gym and a computer room. 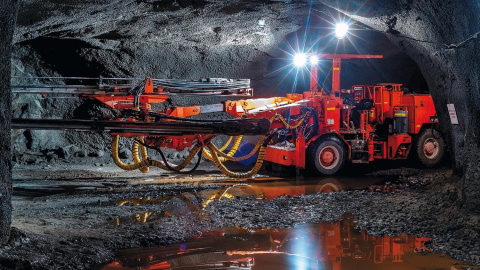 Extensive infrastructure and high-quality teaching staff allow university graduates to be in demand in the labour market. Most of them become employed before graduation, finding their job at major Russian and foreign companies, partners of Mining University. They are PhosAgro, Novatek, Gazprom Neft, Rosneft, Total and others.

These enterprises' representatives organise annual meetings with university students to discuss corporate policies and future employment prospects. Searching for early talent, as employers call it, is necessary to build a succession pool, without which in 5–10 years, a company may experience a shortage of highly qualified professionals. 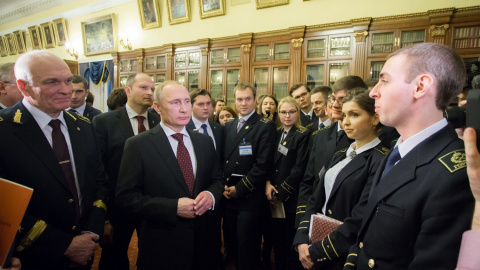 On 26 January 2015, President of Russia Vladimir Putin paid a working visit to Mining University. He got acquainted with university research and congratulated students on Tatyana's Day. In particular, Vladimir Putin noted:

— It was a pleasure to look around the institute, which is, of course, something to be proud of. I suppose you all see it and understand it. The quality of its teaching staff, technical equipment, the educational environment itself — this is splendid! It is gratifying that we have such top-class institutions of higher engineering education. For our country, it is crucial — probably even more so than for other countries since we have vast territories rich in mineral resources. 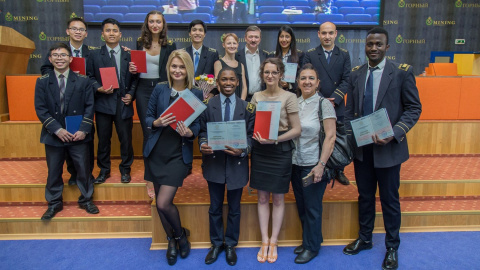 A Mining University degree is a quality mark, a great start in life. Graduates of Russia's oldest technical university work in various sectors of the economy. Their employment potential clearly shows that the university is making a due contribution to developing the intellectual capacity of our society and boosting the economic well-being of the country.